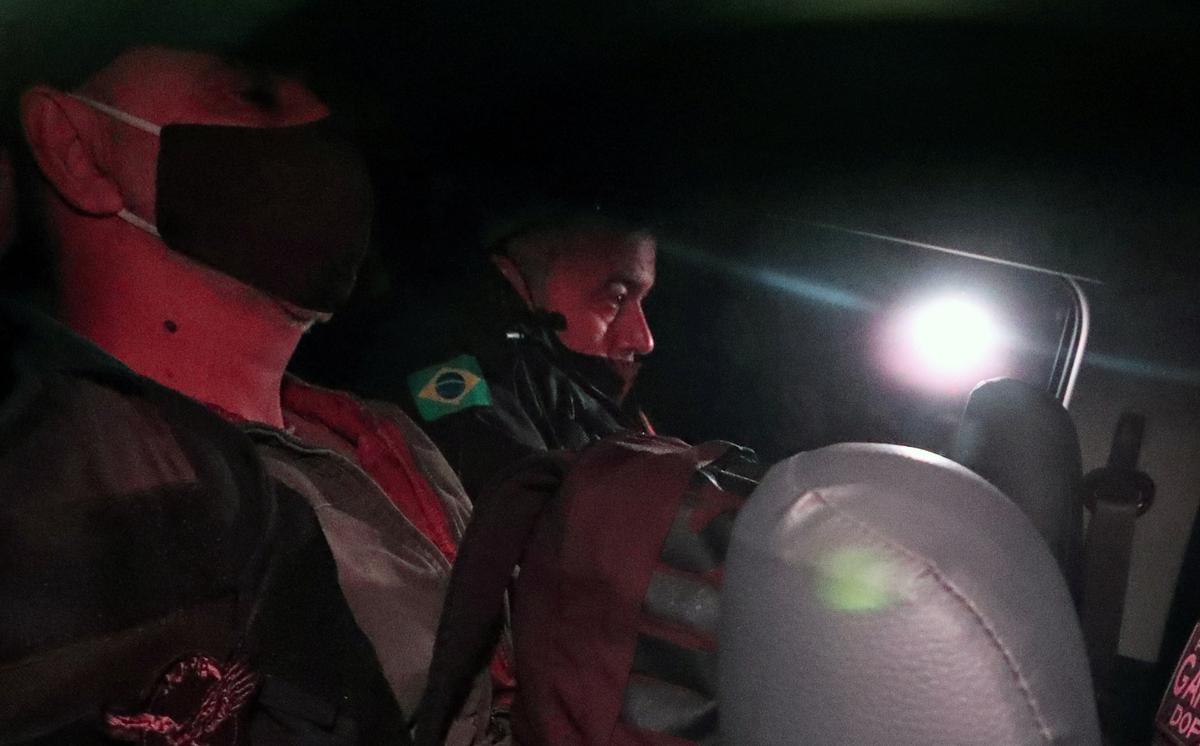 FILE PHOTO: Fabricio Queiroz, former advisor and former driver of Senator Flavio Bolsonaro, is seen next to a police officer as he leaves the Homicide and Personnel Protection Department of the Civil Police after arrasting him in Sao Paulo, Brazil June 18, 2020. REUTERS/Amanda Perobelli

SAO PAULO (Reuters) – Brazilian police on Thursday arrested a former aide to President Jair Bolsonaro’s eldest son in a graft investigation threatening to undermine his campaign promises to crack down on corruption.

Fabricio Queiroz, who worked with Senator Flavio Bolsonaro when he was a Rio de Janeiro state lawmaker, was arrested outside of Sao Paulo in a home owned by a personal lawyer for the Bolsonaro family, according to prosecutors.

Investigators sought Queiroz for questioning over more than 1.2 million reais ($230,000) in bank transactions in a suspected scheme to embezzle the salaries of phantom employees in the Rio state assembly.

The senator has denied any wrongdoing and called the investigation a political attack on his family.

“I face today’s events with tranquility. The truth will prevail!” Senator Bolsonaro wrote on Twitter after the arrest of Queiroz. “Another piece on the playing board was moved to attack Bolsonaro … It’s a brutal game!”

The presidential press office and the president’s personal lawyer did not immediately respond to requests for comment.

The right-wing president ran for office in 2018 pledging to get tough on crime and end decades of political corruption exposed by the record-breaking Car Wash graft investigation.