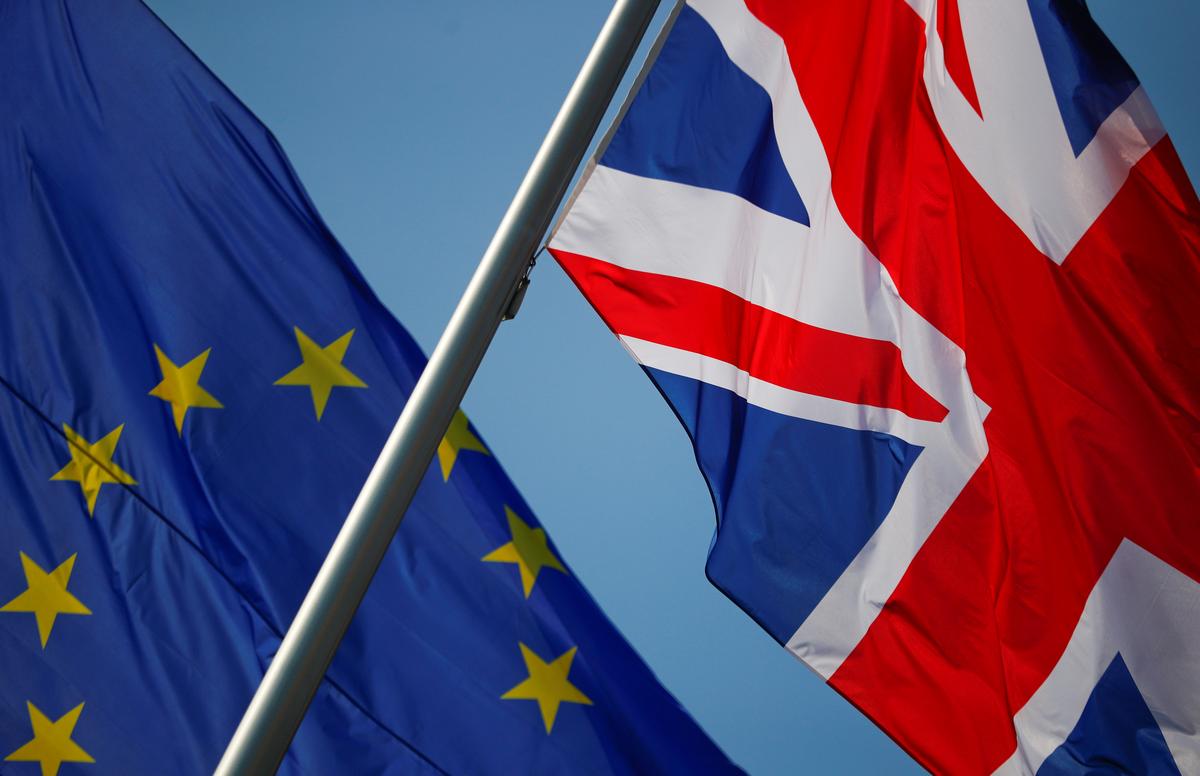 BERLIN (Reuters) – The German government is urging other EU states to prepare for a no deal Brexit, according an internal document that casts doubt on Britain’s optimism over chances of an early agreement on its future ties with the bloc.

FILE PHOTO: European Union and British flags flutter in front of a chancellery ahead of a visit of British Prime Minister Theresa May in Berlin, Germany, April 9, 2019. REUTERS/Hannibal Hanschke

Britain left the European Union on Jan. 31 and their relationship is governed by a transition arrangement that keeps previous rules in place while new terms are negotiated.

Prime Minister Boris Johnson, who confirmed last week that Britain has no intention of extending that transition beyond 2020, wants to strike a free trade deal quickly.

On Monday, he suggested an agreement could be reached in July with “a bit of oomph”. But the German government document, dated June 15 and seen by Reuters, shows Berlin expects the negotiations to take longer.

“From September, the negotiations enter a hot phase,” it read. “Britain is already escalating threats in Brussels, wants to settle as much as possible in the shortest possible time and hopes to achieve last-minute success in the negotiations.”

The German Foreign Office was convinced the transition deal would not be extended beyond the end of this year, the government document showed.

“It is therefore important to preserve the unity of the 27, to continue to insist on parallel progress in all areas (overall package) and to make it clear that there will be no agreement at any price,” the document read.

“Therefore, both national and European contingency planning would now have to start in order to be prepared for a no deal 2.0.”

The withdrawal agreement on Britain’s departure was only struck after bitter negotiations that threatened to end in a no deal Brexit, but Berlin did not believe the situation was as critical this time around.

“The situation is less serious than in 2019, as important regulations, for example for citizens, were sorted out in the withdrawal agreement,” the document read.

With the two sides so far apart and little time left to negotiate, there are concerns that London’s decision not to extend the transition might lead to a cliff edge that could compound the economic damage caused by the coronavirus crisis.