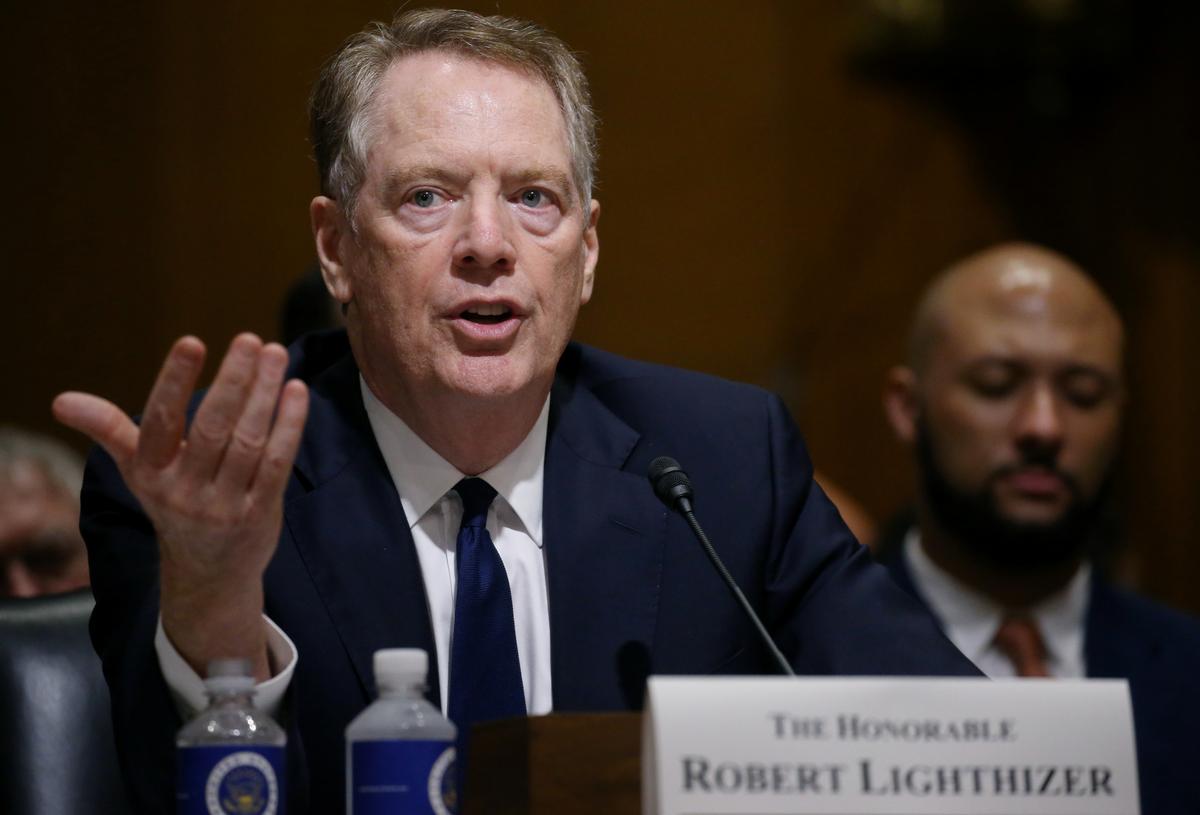 WASHINGTON (Reuters) – U.S. Treasury Secretary Steven Mnuchin decided to pull out of negotiations on digital services taxes with European Union officials since no headway was being made in those talks, U.S. Trade Representative Robert Lighthizer said on Wednesday.

Lighthizer told a hearing of the House Ways and Means Committee that he still believed an international regime was needed to deal with taxation, but the talks with European countries were not making progress.

“We were making no headway and the Secretary made the decision that … rather than have them go off on their own, you would just say we’re no longer involved in the negotiations,” he said.